Man Is Found Dead In His Home…

Househelp Sentenced To 15 Years Imprisonment For…

Househelp Sentenced To 15 Years Imprisonment For…

United State President, Donald Trump has hailed the US military for conducting a successful operation that led to the freedom of American citizen, Philip Walton, on Friday night.

Walton was abducted by suspected bandits on October 26 in Niger Republic.

He was, however, rescued in a border town on Nigerian soil in an overnight operation by the elite SEAL Team Six, who killed all but one of the captors.

Hailing the operation, Trump in a tweet on Saturday said,

“Our Nation salutes the courageous soldiers behind the daring nighttime rescue operation and celebrates the safe return of yet another American citizen!” 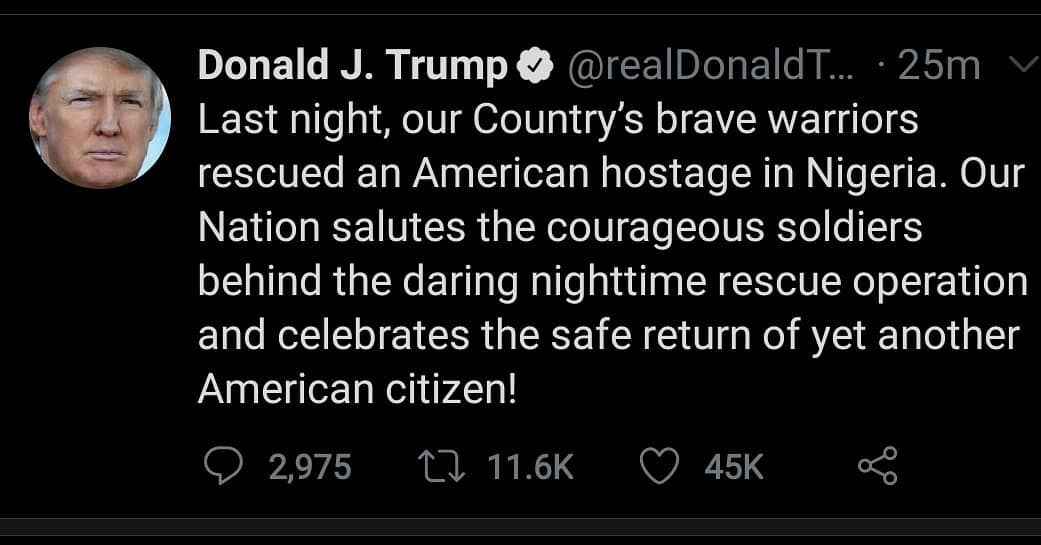 Obong Of Calabar Asks Governor Ayade To Step Aside